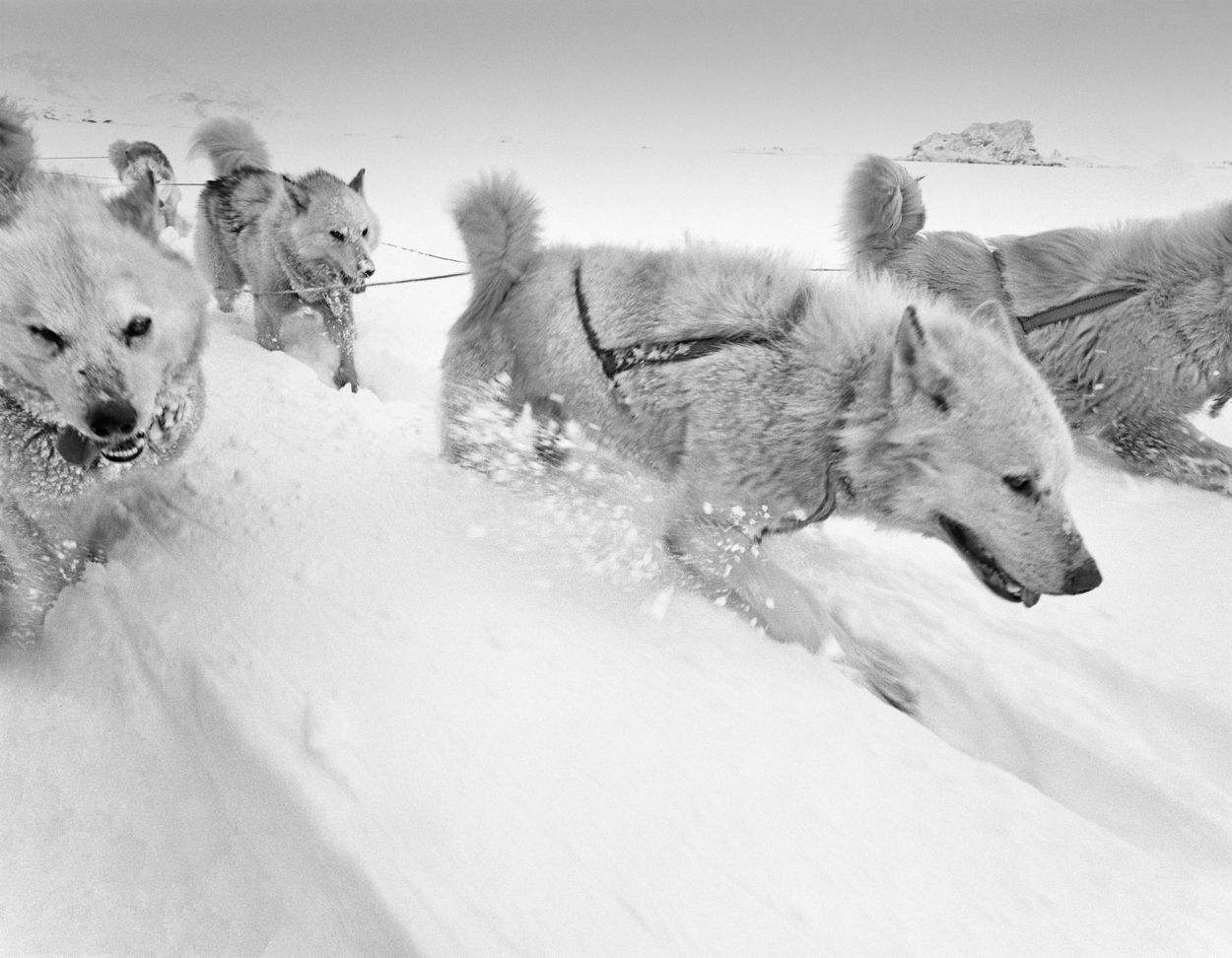 ARTICO
ULTIMA FRONTIERA
VENEZIA/TRE OCI
15.01>02.04.2017
PAOLO SOLARI BOZZI
RAGNAR AXELSSON
CARSTEN EGEVANG
The defence of one of the last natural environments still not exploited by mankind; the imminent danger of global warming; awareness of the themes of environmental sustainability and climate change; the dialectic between nature and civilisation.
These are the questions at the heart of the show Artico. Ultima frontiera (The Arctic. The Final Frontier) in programme from 15 January to2 April 2017 at the Casa dei Tre Oci, Venice.
Curated by Denis Curti, the show will present 120 images, all in black and white, by three such masters of reportage photography as Paolo Solari Bozzi (Rome, 1957), Ragnar Axelsson (Kopavogur, Iceland, 1958), and Carsten Egevang (Taastrup, Denmark, 1969).
The exhibition is an in-depth inquiry, examined from three different points of view, into a huge area of the planet that includes Greenland, Siberia, Alaska, and Iceland, and into the life of the Inuit people, of only 150,000 individuals forced to deal, in their everyday life, with the difficulties of a hostile environment.
Denis Curti, the artistic director of the Tre Oci, says “in these images the proximity of global warming is pressing, while there has now opened a confrontation in which man and his works are being swallowed by the immense power of nature. Beauty and adversity are the concepts on which the Casa dei Tre Oci has based this project, with a show that aims to bring attention back to natural landscapes and the environmental issues of today”.
The points on which the three photographers concentrate are the slow yet inexorable fight against environmental difficulties, the landscape, the lifestyle of a millennial culture and that of contemporary civilisation, as well as the dramatic scenario of climate change, the result of global warming.
For this exhibition at the Casa dei Tre Oci, Paolo Solari Bozzi is presenting a new project, the result of his journey between February and April this year along the eastern coast of Greenland when he visited numerous villages; he has recorded the everyday life of a populace that has chosen to live in a difficult environment.
Paolo Solari Bozzi’s reportage will be published in English and italian in a book published by Electa Mondadori: Greenland into White.
The Inuit people are at the centre of the research by Ragnar Axelsson who, from the early 1980s, has journeyed to the last offshoots of the inhabited world in order to record and share the lives of the hunters in the extreme north of Canada and Greenland, of the farmers and fishermen of the North Atlantic area, and the indigenous peoples of northern Scandinavia and Siberia.
Ragnar Axelsson records villages that have by now disappeared, whole communities by now reduced to only two old people who live in a large house with only one room heated. He records the trades that no one undertakes any more, and the men who battle for everyday survival. But what emerges from Axelsson’s photos is above all the humanity that he has come across when following the long tracks of the Arctic region.
For his part, Carsten Egevang who, from his starting point of a scholastic education in biology, went to live in Greenland from 2002 to 2008 to study the oviparous animals of the Arctic region, was able to record with his camera the untamed nature and the traditional way of living of the Inuit people.
Next to these powerful images of a broken yet fascinating nature, three documentaries add to the narrative of the northern regions: SILA and the Gatekeepers of the Arctic, made by the Swiss photographer and film director Corina Gamma; Chasing Ice, directed by the young American film maker Jeff Orlowski; and The Last Ice Hunters, a documentary by Jure Breceljnik & Rožle Bregar, film directors from the Czech Republic.
Collateral events and activities are also planned. The programme begins on 15 January, from 10 a.m. to 5 p.m., with a workshop led by Paolo Solari Bozzi, Ragnar Axelsson, Carsten Egevang, and Denis Curti, the artistic director of the Tre Oci and curator of the show.
At the end of the workshop and a visit to the exhibition, there will be a review of the participants’ portfolios (there will be a registration fee. Pre-booking is obligatory: send an email to This email address is being protected from spambots. You need JavaScript enabled to view it.).
Furthermore, during the exhibition period the Casa dei Tre Oci will be undertaking an eventful teaching project together with Pleiadi, an organisation concerned with education for many years.
The exhibition will close with an auction of the works on show.