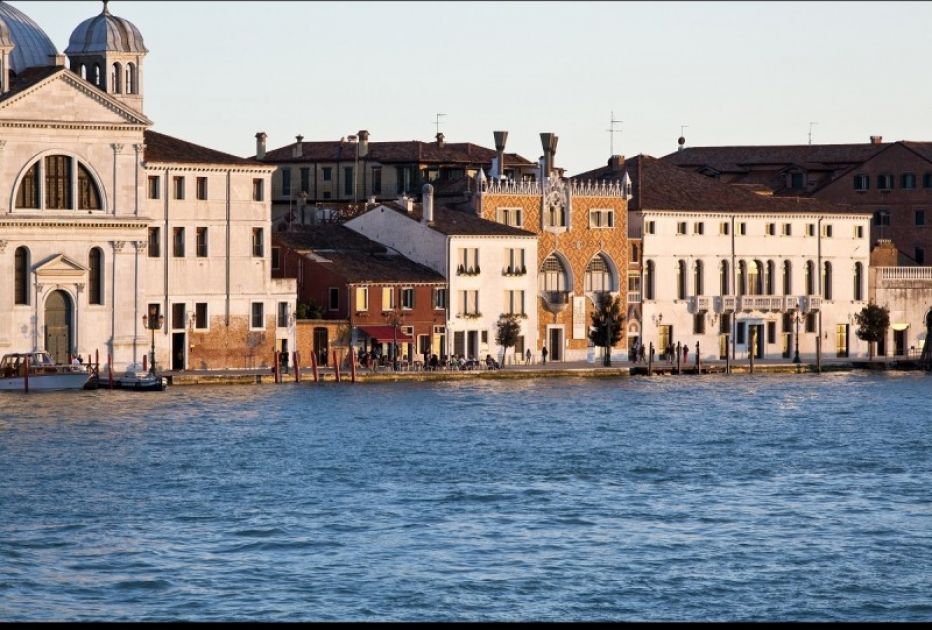 Formerly known by the name of Spinalonga, perhaps for its elongated herringbone shape, the island of Giudecca has developed since the 1800s hosting factories and production sites also thanks to its favorable position for trade and naval port.
After a period of decline following a long phase of de-industrialization of the historic center of Venice, Giudecca is currently experiencing a moment of great expansion. The interest in creativity and the recovery of old industrial centers in recent years have favored the artistic and urban development of the island, helping to bring a wave of internationality and innovation to the entire city.

In addition, the island hosts numerous monuments of great historical and artistic interest such as the famous church of the Redeemer designed by Andrea Palladio, but also industrial archeology buildings such as the Molino Stucky.

The Casa dei Tre Oci is located towards the end of the island, overlooking the center of the San Marco basin, near the island of San Giorgio. From his "Oci" (eyes in Venetian) you can enjoy one of the most amazing panoramas of Venice, with a view that goes from Punta della Dogana and Ca' Giustinian to Piazza San Marco and Palazzo Ducale, to then go towards the Arsenale and the Gardens of the Biennale.